The problem with too much insulin

A noticeable sign that you might have an issue with insulin is belly fat. This, however, does not mean that all slim, flat-bellied people get off scot-free. If not caught early enough, high insulin can ultimately result in poor health. Before your blood sugar starts to reach diabetic levels, insulin rises first. It is the proverbial “canary in the coal mine” that warns one of imminent danger. The build-up of insulin in your blood stream indicates, metabolically speaking, things are no longer working as they should. If left untreated, high levels of insulin develops into insulin resistance (a pre-diabetic state) and, eventually could result in full-blown type 2 diabetes.

Excess insulin is highly inflammatory to the body, which can lead to heart disease and hormonal imbalance. It has, for example, been shown that a high percentage of women with polycystic ovarian syndrome (PCOS) have insulin resistance. Being a hormonal disorder, PCOS often affects one’s ability to conceive and can be a devastating diagnosis for women wanting to start a family. High insulin levels also raise the risk for prostate and breast cancer. 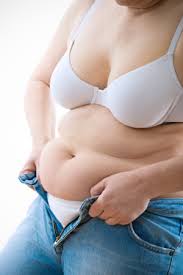 The lower your insulin level, the easier it is for stored fat to flow freely out of your fat cells and into your blood stream to be used for energy. The result of this process is weight loss. Conversely, high insulin levels will lock fat into your cells like prisoners in a maximum-security prison. Traditionally, those wanting to lose weight have been advised to cut calories and fat and to include plenty of whole grains (carbohydrates) into their diets. When one looks at the science of how our bodies function, that advice just doesn’t make a great deal of sense. It is carbohydrates that raise insulin levels the most and keep unwanted fat locked into our cells, so why would anyone want to make carbohydrates the mainstay of their diets?

All carbs turn to glucose in the blood stream – even that “healthy” bowl of brown rice. Insulin’s job is to take the glucose out of the blood and to store it in your liver, muscles and fat cells. When you consume large amounts of carbohydrates on a daily basis, your pancreas has to work exceptionally hard at producing enough insulin to minimise the damage to your body from excessive blood sugar. Eventually your cells start to lose their sensitivity to insulin’s message to open up and let glucose in, with the result that glucose starts to build up in the blood stream. In a desperate attempt to rectify this toxic situation, the pancreas secretes even greater amounts of insulin. Due to the lack of glucose at a cellular level, your cells think they are starving and send a signal to the brain to eat more sugary food. At this point cravings become very difficult to control and a vicious cycle ensues.

Over time, it becomes easier to gain weight and harder to lose it. This unfortunate state of affairs is called insulin resistance. Give it another few years and your exhausted pancreas will take early retirement and will no longer secrete enough insulin to keep blood sugar under control. Glucose then starts to rise into the dangerous diabetic range.

Even if one doesn’t develop diabetes, many people find their weight more difficult to control as they enter their 40’s and 50’s. Dr Ron Rosedale, an internationally recognised expert in nutritional and metabolic medicine, explains that this is because one’s sensitivity to insulin diminishes with age. If you are lucky enough to escape a diabetes diagnosis, you could still experience other effects of poor glucose and insulin regulation. This could include high blood pressure, osteoporosis, premature aging, a suppressed immune system, memory problems, raised triglycerides, lowered HDL (the good cholesterol) and, because of the drain on your energy, you become increasingly sedentary. Not a pretty picture for aging well.

On the other end of the age spectrum, if a pregnant woman eats a diet loaded in sugar, she essentially programmes her unborn baby with a pre-disposition towards poor glucose and insulin control. Sadly, these children grow up in households that perpetuate poor eating habits leading them to become obese and diabetic at a very young age. Type 2 diabetes in children is on the rise, whereas a few decades ago this condition was practically unheard of and was at that time aptly named ‘adult onset diabetes’.

Gary Taubes, author of “Why we get fat and what to do about it”,says one’s cells will always burn carbohydrates (glucose) before it burns fat. If you are eating a carb-rich diet, your cells will have a lot of carbohydrates to burn before they get to the fat stores. He calls insulin the “principal regulator of fat metabolism”. The more insulin we secrete in response to glucose in our system, the more fat is diverted to fat storage. 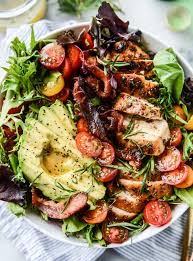 Of the three macronutrients — carbs, protein and fat — carbs raise blood sugar and insulin levels the most. It therefore makes logical sense that a low carb diet,devoid of grains, sugar, sweet fruits, sweetened dairy and limited in starchy veggies, would benefit anyone wanting to lower insulin and lose weight.

According to Dr Eric Berg, a specialist in weight loss, it is also important to avoid or minimise caffeine, alcohol, nicotine and MSG,since consuming these in excess will raise insulin. He further explains that eating copious amounts of protein will elicit a strong insulin response that can hinder weight loss, so keep protein portions at moderate levels. Dr Berg advises consuming apple cider vinegar, eating potassium rich food like veggies, and taking a chromium supplement to help lower high insulin levels.

Each time you eat, even a low carb meal or snack, some insulin is released. By avoiding the temptation to snack, you give your body the chance to lower insulin between meals. Aim to eat breakfast by 8am, lunch around 1pm and dinner by 6pm, leaving roughly 5 hours between each meal. Try not to eat at least 3 hours before bedtime to maximise your fat burning while you sleep. One can take it a step further and experiment with intermittent fasting, which very effectively lowers insulin levels as well.

Combining aerobic and resistance training has been shown to lower both glucose and insulin and improve insulin sensitivity, so it is very important to be active. This is why exercise is good for you and can help with weight loss. It is not so much about the calories burned but more about the positive effect it has on your metabolic and hormonal health. Eating more fibre, especially from whole foods like veggies, slows down the movement of food through the digestive tract. This keeps blood sugar and insulin from rising too quickly after a meal. If you aren’t regularly eating fatty fish like salmon, sardines, mackerel, herring and anchovies, make sure you are taking an omega 3 fish oil supplement. Studies have shown that long-chain omega-3 fatty acids may help reduce insulin resistance and insulin levels.

Ideal range for glucose and insulin

Doing a very simple fasted insulin and glucose blood test once a year, allows you to look out for that singing canary and if necessary to take dietary and lifestyle action to get your health back on track.

Article written by Nicky Perks for Lose It magazine (Volume ??)

Passionately sharing information about the paleo/primal, high fat/low carb lifestyle that will rock your world! I am on my own journey to good health and a slim body. My goal? To enjoy the ride as life on this beautiful planet is just too short to do it any other way.
View all posts by Nicky Perks »